So I arrived in Japan on the night of the 16th October at Hanada airport. I had to say the flight was probably the best long haul flight I’ve been on. The airplane was practically empty and I kept changing seats, strutting down the aisle like it was a runway and sleeping across 4 seats. When I arrived in Tokyo it looked like the plane was going to land on the sea. Thousands of small lights in the water, closer to landing I realized were thousands of fishing boats in the ocean. Sadly no photo guys (a magical scene only for my eyes). I stayed in a hotel in Shinigawa, the business district of Tokyo. Great transport links, especially with the shinkansen (bullet train), a means of transport I would soon be living on throughout my time in Japan. So as the day came to an end I took a photo of my first day in what me and my younger sister always referred to as ‘the home land’ (an otaku for life). 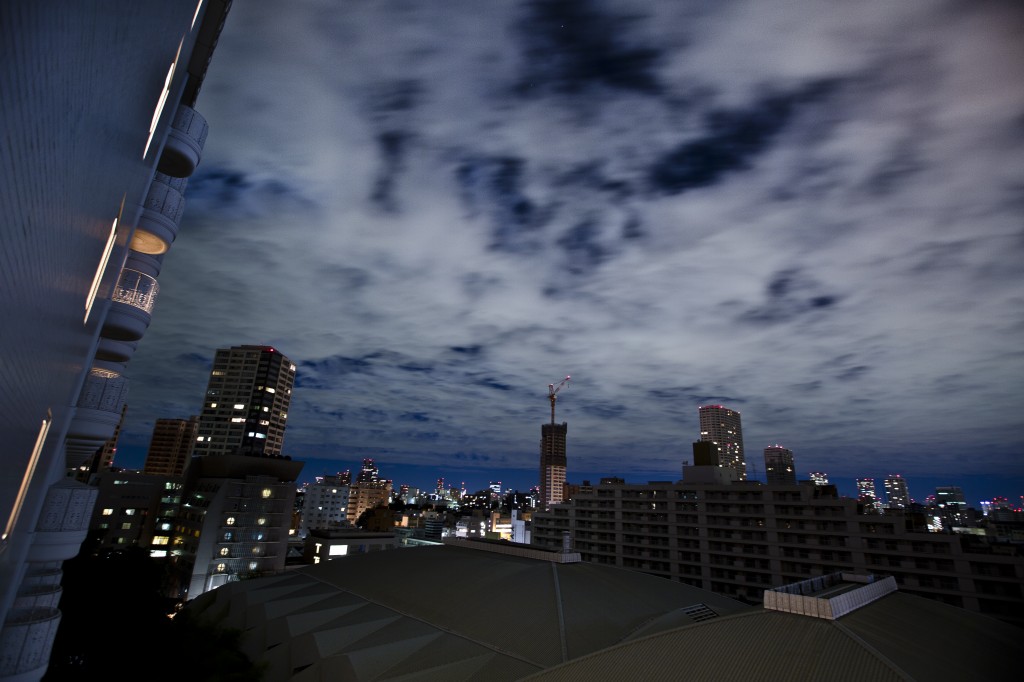 I woke up at 6am in the morning to catch the sunrise from my window. You can see Tokyo tower peaking behind the center building on the left. 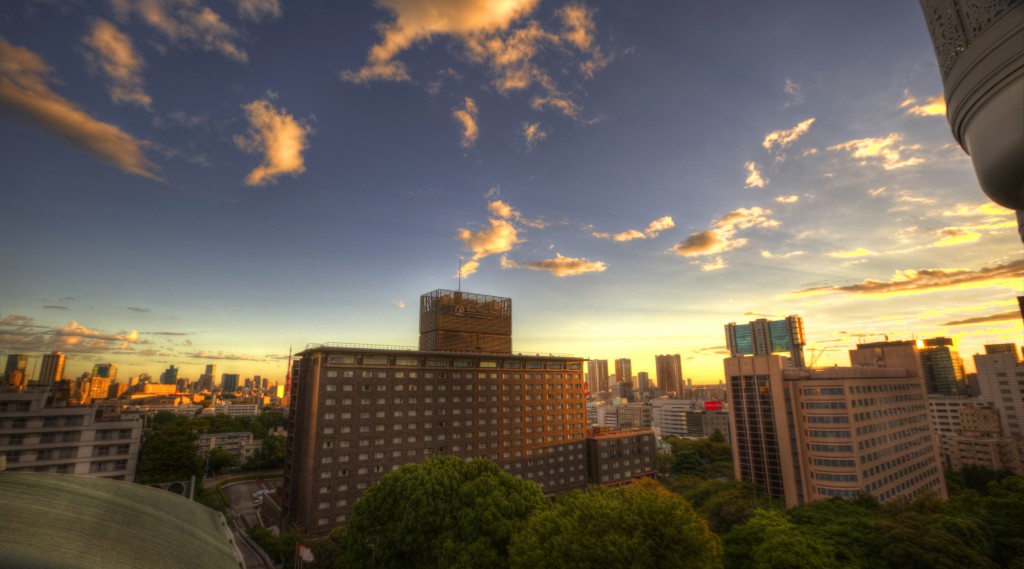 There were so many things I saw just in that first day, sadly not enough space to upload all the photographs. Tokyo was so colourful and the amount of people around was no joke. Living in London all my life you’d think I had experienced ‘City life’. Shibuya Crossing is said to have 45,000 people crossing the road every 30 minutes. 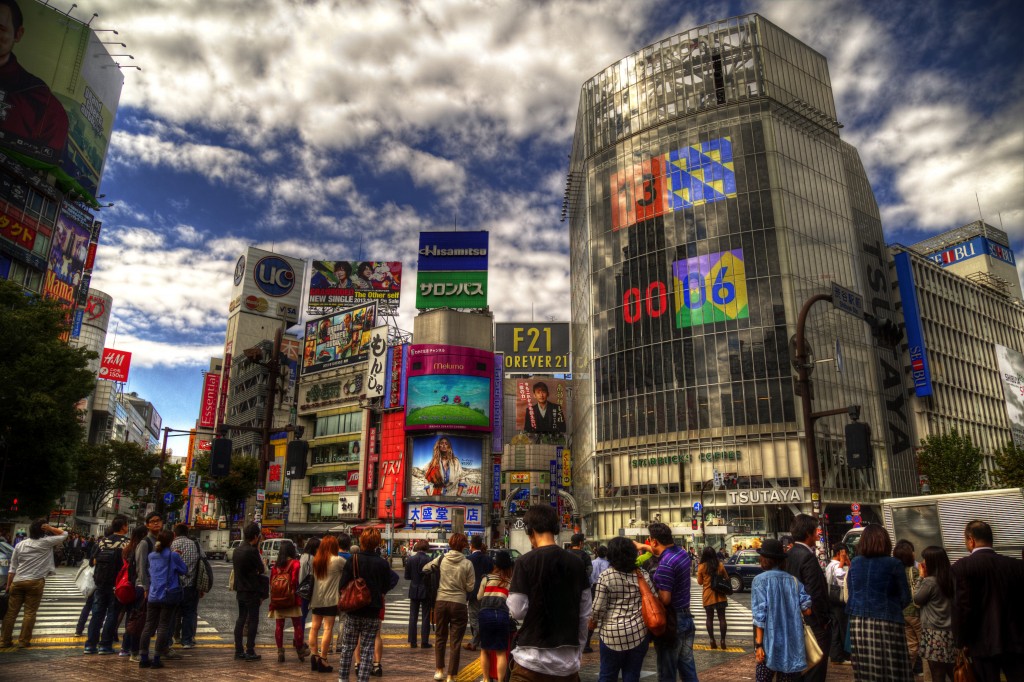 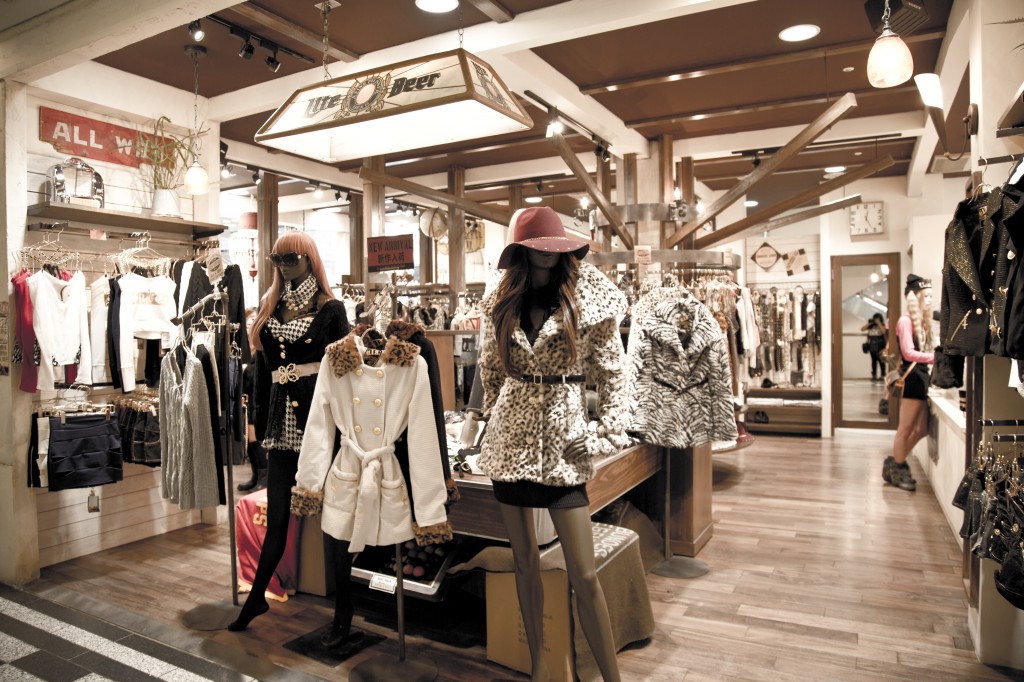 (Inside one of the stores in Shibuya 109 Department Store)  The clothes were all so kawaii! But their price tags were ridiculous, who has that kind of money. Well obviously the fashionable Japanese. 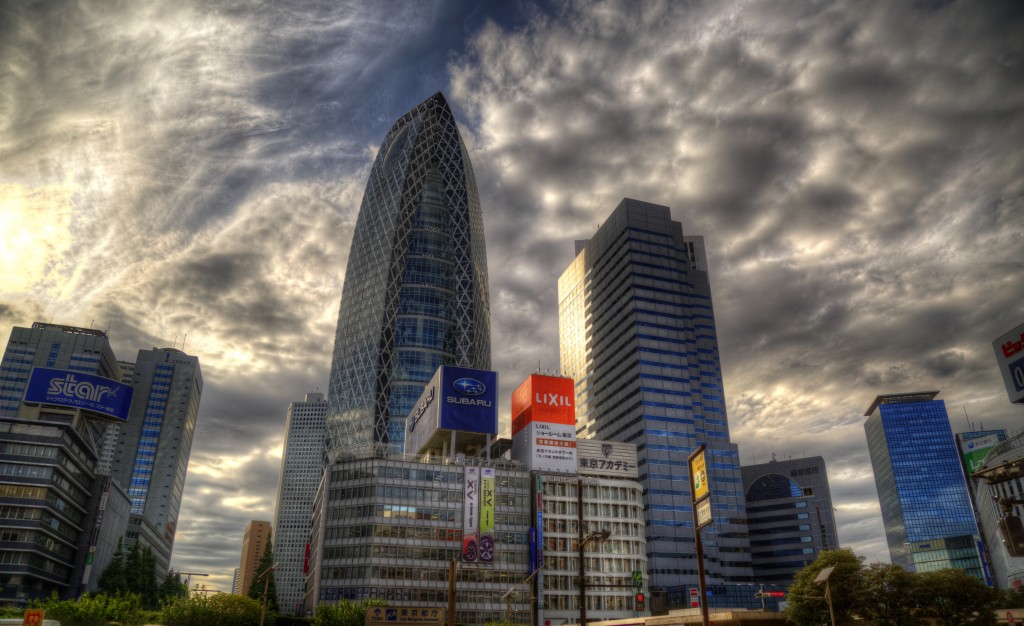 (Mode Gakuen Cocoon Tower – Shinjuku)
To the Shinjuku district we went. Here I saw Mode Gakuen Cocoon Tower the second tallest educational building in the world (17th building in Tokyo). At the time I just referred to it as the the Japanese version of the Gherkin being a Londoner and all that. Travelling around Tokyo was quite easy, TRIP TIP: Buy a JR Pass (Japanese Rail Pass). It works out cheaper if you plan on visiting more than one City. Allowing you to go on the Bullet train and the JR Lines within / out of Tokyo. In my 5 day Japan trip I went to Tokyo > Kyoto > Osaka > Hiroshima> Tokyo. 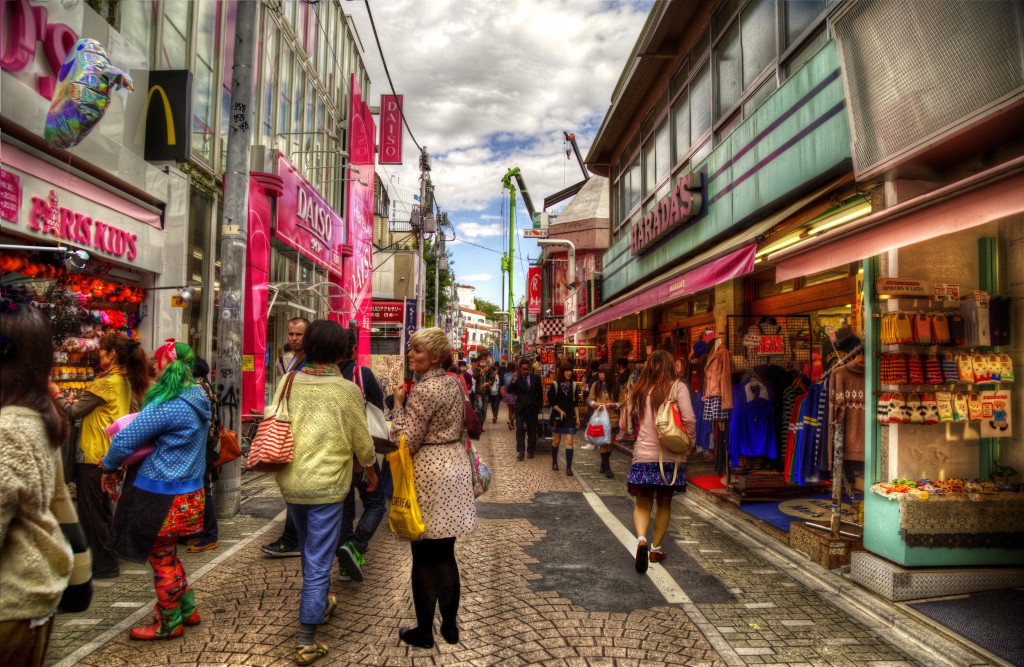 (Harajuku District – Tokyo)
Places you should visit, Harajuku’s underground malls and incredible unique fashion. Not only that, their McDonald’s is delicious and all their food look mouth watering. If Shibuya 109 wasn’t your style or in your price range, you’re sure to find something here that is. So that’s just a bit of Tokyo covered on the first day. More of Tokyo to follow later. But first back to the hotel to catch some rest because tomorrow is my birthday and I’m going to Kyoto ! Eeeeks!
P.S Their pancakes were to die for.